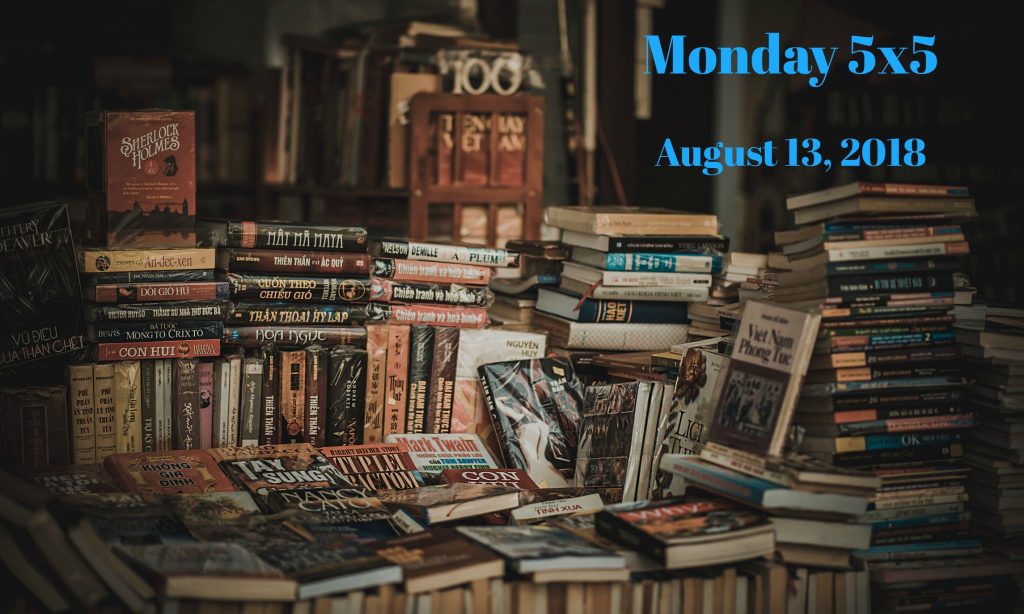 The Mary Sue breaks down why the Harry Potter series makes a mess of its commentary on racism
Even prior to starting the Monday 5×5 series, I read a lot of various literature and bookish commentary on a daily basis. It’s why I started the Monday 5×5, so I could share all of those amazing articles with you. But this? This is 1000000000% the best thing I have read in a really, really long time. I’m not just saying that because I’m a Slytherin, either, although I do appreciate the way Princess Weekes breaks down why Salazar Slytherin’s desire to keep Muggle-borns out of Hogwarts is actually not racist. Given that it’s the 20th anniversary of Harry Potter and the Sorcerer’s Stone here in the US, I’ve been re-reading (well, re-listening. Love you Jim Dale) to the series, and it’s been a really thought provoking experience because I’m finally able to see the issues like the ones that Princess Weekes calls out. Also, the lack of LGBTQ+ characters as well. (You telling us Dumbledore was gay after the fact doesn’t count, Jo.)

Slate on the greatest upset in quiz show history
I just love that this fantastic win by a women’s college in Georgia would have been lost to history if a University of Arizona librarian hadn’t discovered a tape of the match and put it online.

Over on Lit Hub, R.O. Kwon defends keeping books spine in
Adam and I got to interview R.O. for the Professional Book Nerds podcast and I feel confident speaking for both of us when I tell you that you’ll want to listen to that episode, which is out today. We specifically asked her about this essay, too.

If you love television as much as I love television, you’ll want to read The Ringer’s list of the 100 best television episodes of the century
Whenever people ask what my hobbies are, I say reading books and watching movies but, honestly? I watch way more television than I do either of those previous activities. Not only that, I tend to rewatch television. My twenties were defined by Sex & the City, a series I’ve watched so many times I’ve lost count while my thirties have been defined by Mad Men. There are episodes on this list that are burned into my memories based on where I was when I watched them. Case in point, the first episode of Survivor I ever saw was the S1, Ep 13 “The Final Four.” Just a few hours before, I had sprained my ankle tripping on a pair of shoes in our garage (a pair my mother had, without a doubt, told me to put away just that morning). My dad took me to the emergency room and I was sitting in a wheelchair in the waiting room when I watched Sue give her rat versus snake speech. It was my entire introduction to the show, a pop culture zeitgeist I had completely missed up until this point but for the next several years I was an avid watcher. Also, why I understand the inclusion of “Blink” as the choice for Doctor Who, I would have argued for “Midnight”: David Tennant gives a pitch perfect performance in what is essentially a 45 minute contained horror film.

This week’s hot picks are Scarface and the Untouchable by Max Allan Collins, which includes Eliot Ness, a name all Clevelanders are familiar with (and not just because Great Lakes Brewery named a beer after him), and Lisa Scottoline also has a new Rosato & DiNunzio book coming out called Feared.