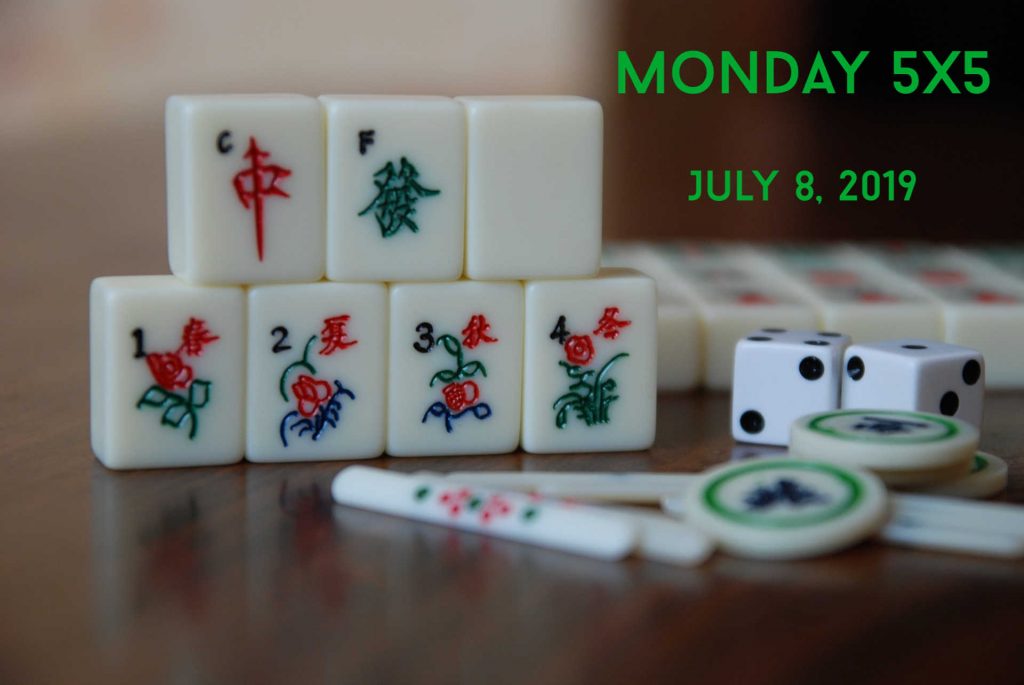 I know, I know. You’ve missed my Monday 5x5s. In my defense, first it was the week of ALA and then it was the week after ALA and apparently I just forgot. Ooops. But never fear, I am back this week and no conferences on the schedule for several months!

The Washington Post has the best books to read at every age, 1-100

It’s entirely possible I forgot how old I was going through this list. That said, for my (actual) age I should read the Joy Luck Club, Your mother has stories to tell and insights to share, though you might not be ready to hear them until you’ve grown up. Okay, well, let’s just say that is a bullseye. I have read the Joy Luck Club but it was many, many, many years ago. Plus I just finished a book yesterday and had no idea what to pick up next, so thanks WaPo.

From WBUR, Brown University is archiving gay pulp fiction to preserve a moment of LGBTQ history

My introduction to pulp fiction (the novels, not the movie) came in the form of a gay and  lesbian literature class I took my senior year of undergrad. Sadly, of course, I cannot remember the name of the lesbian pulp novel that we read, but we did spend several weeks of the class discussing pulp fiction from a historical context. I’m glad to see someone is taking efforts to collect it and give it a place to be seen and studied.

The titles that were turned over were written by Liberians and Liberian-Americans. There is not a lot of primary resources available from Liberians about their history, making it difficult for historians to do research or trace the history of Libera and its culture. Furthermore, the collections inside the National Museum was destroyed after war. Cultural museums like the National Museum are important for all of us, not just the residents of that particular country. We need to preserve the works of the writers of that country to keep those voices alive.

Over on VICE, why are prisons banning books that teach prisoners how to code?

Sigh. Okay, well, having first-hand experience with books in prison I can tell you why they are banning them. It’s the same reason that gets anything banned in prison: the books are considered a security risk. Which, like, I get. I get the fear that incarcerated men and women could hack their way into a computer or something. But here’s the thing: many of the books on the list teach basic computer skills. Things like Microsoft Excel 2016 for Dummies. Basic computer skills that these individuals need if they want to be successful upon release. Incarcerated individuals are sent such devestating mixed messages: You need to make sure you are successful on the outside so you don’t end up back here, but we are going to remove all ability for you to learn the skills to set you up for success. It makes no sense and is incredibly short-sightened.

Right, so, last week my husband and I were out with friends and the topic of music came up. I mentioned that I listen a lot of electronic music, especially while at work, and someone asked if I had ever heard of Synthwave. Uh, no. No I have not. Y’all. Synthwave is a genre of electronic music inspired by 80s movie music and video games. Basically this meants that if you have already finished “Stranger Things 3” and are craving more of that soundtrack, you can find it from contemporary musical artists. You’re welcome.