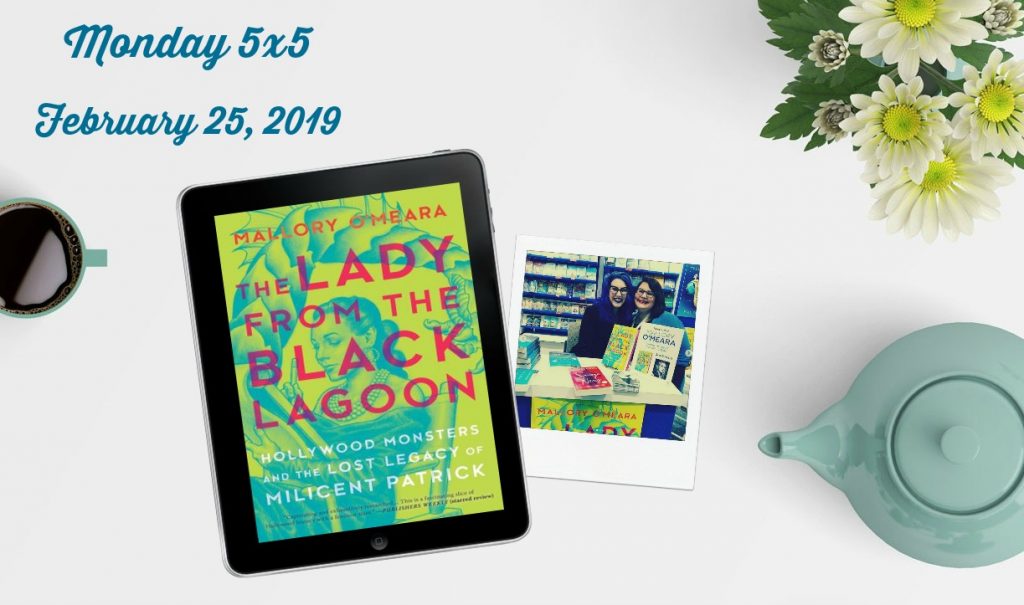 Over on the Mary Sue, author Mallory O’Meara reads sexist tweets related to her book The Lady from the Black Lagoon
Sigh. Okay, first: Mallory O’Meara is awesome. I met her in person at ALA Midwinter and she’s just delightful. Second: Her book is equally awesome and delightful. Part biography, part author detective story, it follows Mallory as she tries to trace the life and legend of Milicent Patrick, the woman behind the Creature from The Creature From the Black Lagoon. Milicent’s legacy was lost to history because of, well, the Patriarchy.

JSTOR asks can science fiction predict the future of technology?
Granted, I ingest most of my science fiction through movies and not books (fantasy gal here) but I remember watching 2001: A Space Odyssey a few years ago and realizing they were basically using iPads. Or what about Back to the Future: Part II (best of the trilogy, don’t @ me) where Marty talks to his television to get it to change the channels. That’s, like, basically Alexa, right? (That said, the whole fax machine thing didn’t age well…) When you think about it, the idea that sci fi predicts real sci makes sense: science fiction writers have the creative capacity to make things up. They think large and grandiose and imagine these fantastical worlds and advanced technologies. Why wouldn’t scientists read that and wonder how to make it happen? (I am still waiting for my hoverboard, but whatever.)

Book Riot has all the details on the transphobic book Little, Brown is set to publish
Sigh. Again. There’s an entire suitcase collection worth of things to unpack here. So, the book is to be a novel about a very real person: Dr. James Barry. Barry lived his entire life, both privately and publicly, as a man and it wasn’t until his death that it was discovered he had been assigned female at birth when his body was examined, very much against his explicit instructions. For a long time, history remembered him as a woman who masqueraded as a man in order to get into medical school, but LGBTQ+ historians now view him as a trans man. It’s an important distinction because the trans community doesn’t have a lot of historical figures to reference. Which, of course, is why people are upset about Levy’s forthcoming book, in which she pulls the ol’ “gender reveal” trope and argues that Barry was really a woman all along. Then, when the book was announced and people took to Twitter, Levy double-downed on her thesis by misgendering Barry as “she.” Big name authors like N.K. Jemison and Celeste Ng even got in on the conversation, trying to explain to Levy the issues with her book. Book Twitter. I tell you.

Medium has a great series on how 12 accomplished authors paid the bills while writing
Don’t quit your day job, kids. I think my favorite quote is from Andy Weir, he of The Martian fame, who said “At no point did I ever risk my financial security to become a writer.” Smart man, that Andy Weir. I’ll be honest: my job here at OverDrive is the only thing that keeps me on task as a writer. I write before and after work, snatches and pockets of time that I find. You’d think I’d write a ton on the weekends, right, ’cause I have all day with no work obligations. Nope. Without the structure of a 9-5 I get nothing done. (Also, I love my job, so don’t worry co-workers: even if I score one of those six-figure advances, I’ll still be showing up every morning.)

The LA Times has Marlon James and Roxane Gay in conversation
I mean, really. Do I need to say anymore?