10 books you never knew you needed to read before college

We all remember our high school literary staples. Who could forget reading The Great Gatsby or Scarlet Letter at a tiny desk in a 10th grade English class? These books are important and unforgettable; however, in their flurry to finish 50 pages of Animal Farm in one night, high school students tend to gloss over the modern pieces and even classics that do not often find a spot in their high school syllabi or the usually repetitive lists of “10 Books to Read Before College.” OverDrive is here to both remind you of and introduce you to these brilliant books that are not only integral to a high school student’s literary repertoire, but also, and perhaps more importantly, fun to read. 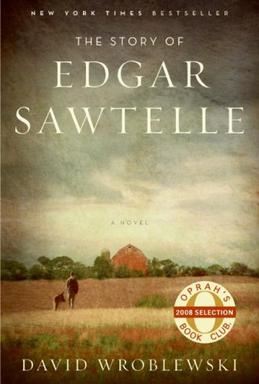 The Story of Edgar Sawtelle

The Story of Edgar Sawtelle, written by author David Wroblewski in 2008, is a modern, dog-centered, retelling of Shakespeare’s Hamlet. Unlike Shakespeare, Wroblewski sets his story in Wisconsin on a dog breeding farm and centers his plot around the mute Edgar Sawtelle: a young boy who tries to prove that his uncle murdered his father. Sound familiar? The story contains the same themes as its timeless predecessor, but, with its modern language and dog filled plot — did we mention there are dogs? — provides a new vehicle for those classic Shakespeareans themes of betrayal, revenge, and identity. The book is a simultaneously entertaining, and at times, tear-inducing read, that teaches high school students that a modern piece of fiction can be just as deep and revealing as a Shakespeare play or 19th century classic.

In our struggle to read all world’s classics before college, we accidentally disregard the literary genre of fantasy. Mind you, the issue is not that we do not enjoy fantasy. We all either went through or are still going through our Harry Potter or Lord of the Rings phases. Maybe we do not trust the quality of fantasy because it is traditionally childish, or think a story about magic geared towards older teens is too good to be true. But this is easily fixed. Erin Morgenstern’s 2011 book The Night Circus reminds high schoolers why they loved fantasy as children and teaches them that fantasy transfers to adulthood. This novel follows the traveling Circus of Dreams, which only opens at night and entertains its audiences with gardens made of ice, illusions, and cloud mazes. Under this magic, the circus serves as a battle-ground for two star-crossed illusionists who are bound to a magical competition that can only end in death. The novel is magical, romantic and yet, somehow, grounded to reality, as it ties in relatable aspects of anger and love. The Night Circus teaches high school students to never forget fantasy. Henrik Ibsen’s A Doll’s House is an often overlooked classic, which is a shame because its themes of feminism and personal freedom hold universal relevance. Nora, a seemingly docile woman, is constantly suppressed by a husband who views her as only a “doll”—hence the title. The book follows Nora’s struggles with skewed Victorian values of love and gender roles. Who knew a 19th century European novel could be so ahead of its time that it dared to question the repressed position and power of its women? This play not only empowers high school students to defy tradition and gender roles, but also teaches them to never judge a book by the date of its publication. Modern literature is not always shallow and classics do not necessarily hold exclusively antiquated values.

Check out these other not-to-be-missed titles. Do you have a favorite? What would you add to the list? Tell us in the comments.