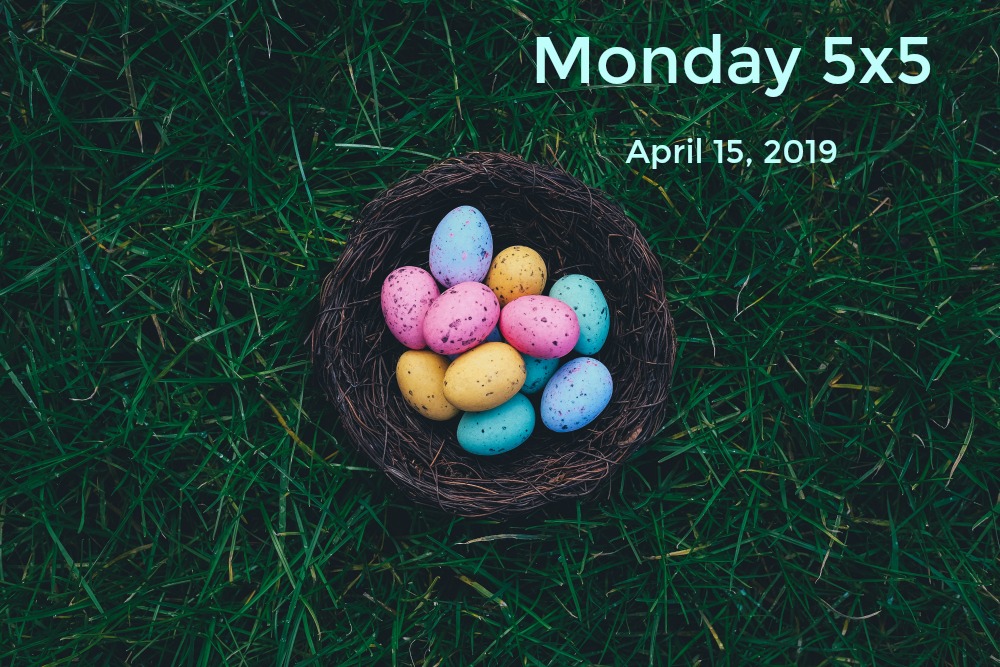 Ah, Easter Eggs. If we “get” them and spot them in a movie, it’s like being a member of a club. But what if we don’t? Do we miss out on vital information because our pop culture references fall short of the filmmakers? Or authors–Ready Player One is a book about Easter Eggs while also being full of its own. I like to think I got most of them, and even the ones I missed didn’t ruin my reading experience (I don’t think). But there’s also something to be said for always being on the lookout for them and if that keeps the brain distracted in a way that means you aren’t fully present. Like with the movie Us, which I just saw over the weekend. I knew about one particular reference to The Shining and admit I was on the lookout for it. So for at least those few minutes I was thinking more about that than the movie for the movie’s sake. But a filmmaker doesn’t put those in unless they WANT you to find them and now I don’t know what to think.

From The Guardian, a 500-year-old library catalog reveals books lost to time

In this age of digital books, it’s so easy to forget sometimes that there are thousands of books that just no longer exist and can never be recovered. It’s known that there are lost plays of Shakespeare, but think of all the other writers whose works vanished or were lost or burned in a fire (RIP Library of Alexandria).

Vogue has all the details on this year’s Met Gala theme, which is a Susan Sontag essay

The decadence and costumes are always the best part of the Gala, celebrities already go above and beyond so the fact that this year has camp as a theme is just so much on the nose and yet absolutely perfect all at the same time.

Vox on the history of product placement in books

It’s an interesting question, isn’t it? We are so used to product placements in television and film, it honestly makes me wonder if they are even effective anymore. But, beyond that, we see product placements in television and film and don’t think anything of them and certainly don’t think the creators sold out by accepting money in exchange for mentioning, say, Pepsi over Coke. But if an author does the same in a book, suddenly the entire novel is tainted. As if literature is somehow a higher art than other mediums, but is it?

In the words of River Song: SPOILERS! But, seriously. Hilarious. Also, I will try to not have a Game of Thrones related post every Monday between now and the finale but, uh, I can’t guarantee anything.

BONUS 6TH LINK! If, like me, you have recently read Daisy Jones & the Six and are super upset they are not, in fact, a real band which means you can’t go grab your vinyl copy of “Aurora” and put it on the turntable, you are in luck: thanks to a coworker I discovered Spotify has a playlist available, put together by Random House. So while you can’t listen to the actual Daisy Jones & the Six, you can listen to the musical inspirations behind it.