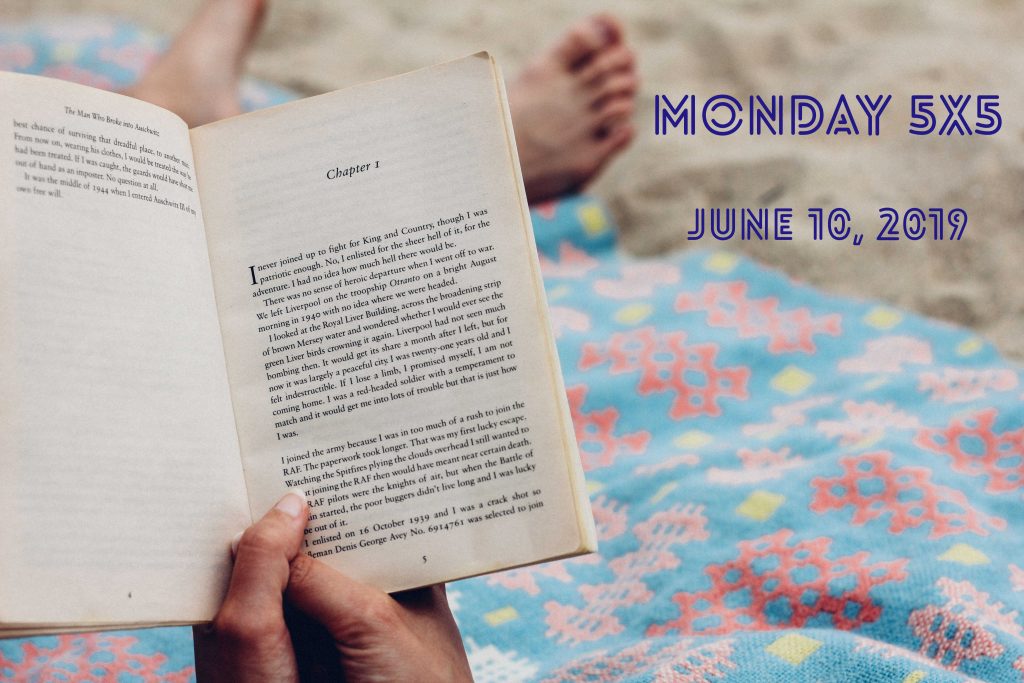 Vulture asks what makes a book a ‘beach read’
I’m one of those people who is of the opinion that anything you read on a beach counts as a beach read, but I’m also one of those people who, in the past, has volunteered to read things like Anna Karenina in the summer so I might not be the most reliable person when it comes to this.

On a similar subject, NY Time looks at “it books” of summers past
This is a much larger mix of books than I would have anticipated, and only a handful of them would resemble anything close to the aforementioned beach read. And nonfiction! There are nonfiction titles on this list!

In advance of Season 5 premiere, the Ringer staff rank every episode of Black Mirror
Discuss.

BookRiot and the bookish roles of Keanu Reeves
I’m so happy they mentioned Dangerous Liaisons, because that’s probably my favorite from this list. I’m also happy that Keanu is going through a bit of a renaissance these days,  while also leaning into himself like he does in the Netflix movie Always Be My Maybe. I basically want “Keanu Reeves as played by Keanu Reeves” in all movies going forward.

File Under Things Jill Found Interesting This Week: Daily Science Fiction!
This isn’t new, but something I only recently discovered. Daily Science Fiction’s name says it all: every day, they post a new short science fiction or fantasy story (story submissions max out at 1,500 words so they can all be read in less than 10 minutes. You can also subscribe and have the emailed to you, which is what I did). Even in just the few days since I’ve signed up I’ve discovered some incredible stories and highly recommend if you are a sci fi / fantasy fan you subscribe as well.