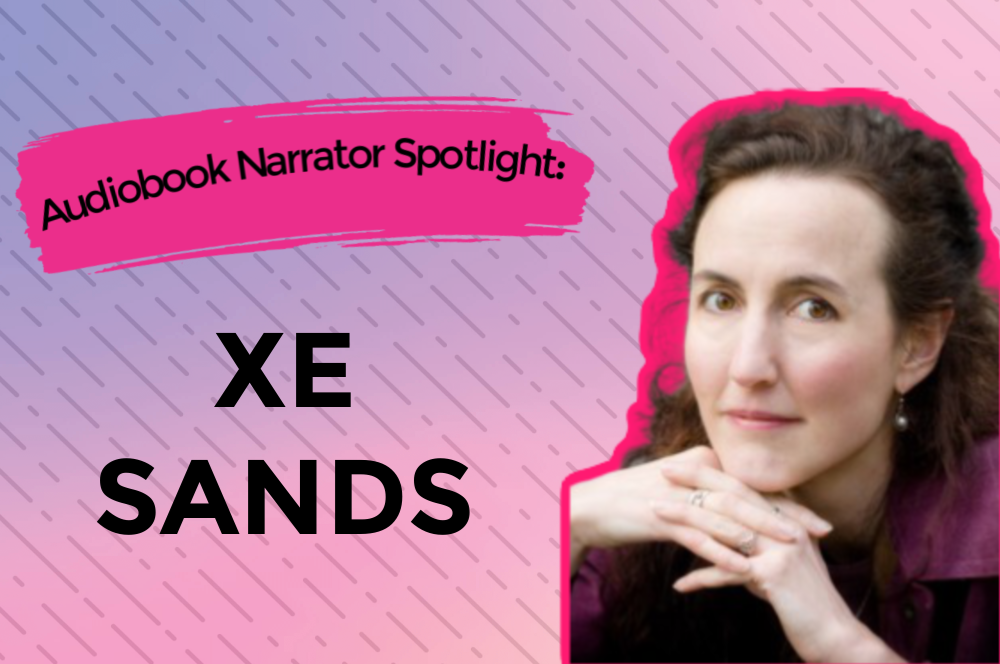 When our Blog Manager, Jill, asked me to write about my favorite narrator, I was extremely excited. Much like so many of my OverDrive co-workers, I spend most days listening to audiobooks on Libby. The second thought I had was, “Oh, no. I have to pick a favorite!” I don’t know that I have a single narrator that is above the rest in my mind but one of the few I actively find myself searching out is Xe Sands.

Narration is challenging for so many reasons. Your voice needs to convey emotion without sounding fake, remain consistent throughout entire stories, and present unique and memorable characters. Xe Sands is able to achieve all of this and more with a voice that comes off as velvety and warming. Her narration is equal parts intimate, haunting, calming, and soothing.

Xe Sands has 200 audiobooks to her credit and has won numerous AudioFile Earphones and Audie Awards. You can see all of her works available on OverDrive here but these are a few of my personal favorites.

Magic for Liars by Sarah Gailey – When a gruesome murder is discovered at The Osthorne Academy of Young Mages, where her estranged twin sister teaches Theoretical Magic, reluctant detective Ivy Gamble is pulled into the world of untold power and dangerous secrets. This investigative noir thriller is like taking Who Framed Roger Rabbit and placing it in an adult version of Hogwarts.

Lillian Boxfish Takes a Walk by Kathleen Rooney – A love letter to city life in all its guts and grandeur, Lillian Boxfish Takes a Walk by Kathleen Rooney paints a portrait of a remarkable woman across the canvas of a changing America: from the Jazz Age to the onset of the AIDS epidemic; the Great Depression to the birth of hip-hop. As AudioFile Magazine puts it, “Between author Rooney’s story and narrator Xe Sands’s craftsmanship, this Walk will sweep listeners off their feet…Through Sands we feel the force of Lillian’s personality — with all its drive, wit, and grace — as well as the counterforces that want to constrain it.“

The Atomic City Girls by Janet Beard – In the bestselling tradition of Hidden Figures and The Wives of Los Alamos, comes this riveting novel of the everyday people who worked on the Manhattan Project during World War II. “What you see here, what you hear here, what you do here, let it stay here.”

Wanderers by Chuck Wendig – XE splits duties with the fabulous Dominic Hoffman (whose praises we’ll sing about later this month) in this sprawling apocalyptic audiobook. People across the U.S. are getting infected with a mysterious sleepwalking sickness, causing them to march west. Any attempts to stop them on their eerie journey leads to gruesome results.

A Children’s Bible by Lydia Millet – A Children’s Bible is a prophetic, heartbreaking story of generational divide—and a haunting vision of what awaits us on the far side of Revelation. A group of twelve children are forced to survive in a chaotic apocalypse after a storm separates them from their less than great parents.

The Poisoned City by Anna Clark – In Anna Clark’s full account of an American tragedy, The Poisoned City recounts the gripping story of Flint’s poisoned water through the people who caused it, suffered from it, and exposed it. It is a chronicle of one town, but could also be about any American city, all made precarious by the neglect of infrastructure and the erosion of democratic decision making.

Blood Water Paint by Joy McCullough – Joy McCullough’s bold novel in verse is a portrait of an artist as a young woman, filled with the soaring highs of creative inspiration and the devastating setbacks of a system built to break her. McCullough weaves Artemisia’s heartbreaking story with the stories of the ancient heroines, Susanna and Judith, who become not only the subjects of two of Artemisia’s most famous paintings but sources of strength as she battles to paint a woman’s timeless truth in the face of unspeakable and all-too-familiar violence.

The Velveteen Rabbit by Margery Williams – “Real isn’t how you are made,” said the Skin Horse. “It’s a thing that happens to you. When a child loves you for a long, long time, not just to play with, but REALLY loves you, then you become Real.”