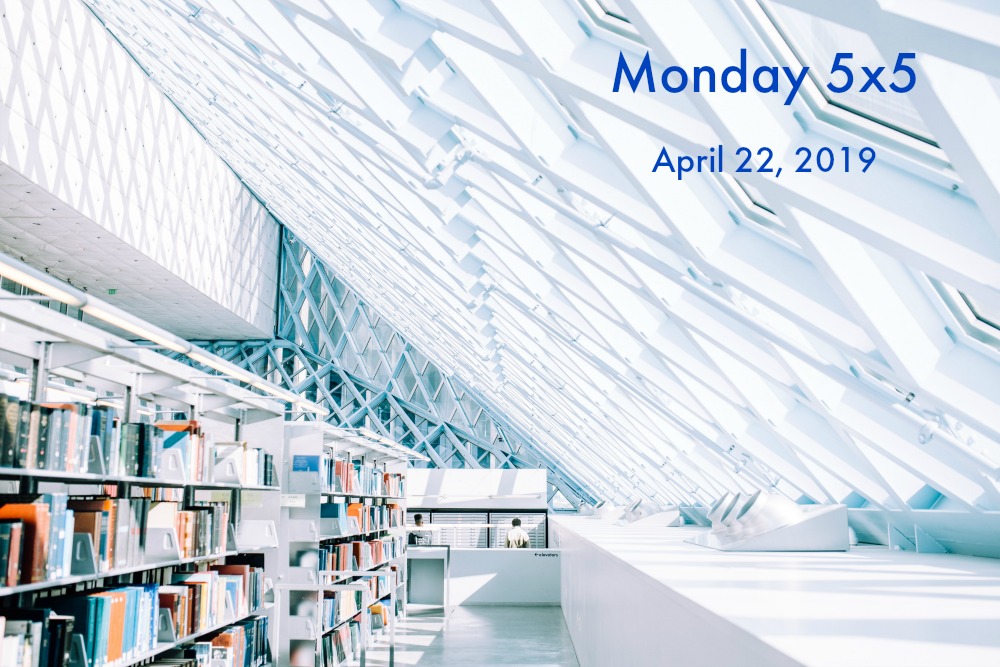 In the LA Times, Amanda Oliver on how working as a librarian gave her post-traumatic stress disorder
I have my Master in Library and Information Science. Prior to coming to OverDrive, I spent fifteen years working in libraries. Public library, special library, prison library, academic library. There’s a reason I don’t work in libraries anymore.

Over on the Outline, B.D. McClay defends the thesaurus
If you ever happen to come by Blue Sky Campus and wander past my desk, you’ll find that I keep four reference materials in my cube. Two of them — The Highly Selective Dictionary for the Extraordinarily Literate and The Highly Selective Thesaurus for the Extraordinarily Literate — were more of joke gifts given to me by my old library manager before I went away to college to get my undergrad in creative writing. Then, of course, I have the Elements of Style, this one given to me by my dad also before I went away to college. The fourth book in my cube is a nearly 1,400 page tome called The Synonym Finder which I have been carrying around since my undergrad years. I don’t use it often, but I’m always glad I have it when my brain has stopped working and I need some help coming up with an alternative word.

Like. You have a ring and that ring has a piece of hair in it and that piece of hair belongs to Charlotte Bronte. What? No. That sort of thing shouldn’t happen and yet it did and I can’t even.

From Mashable: Elmo teaches Cersei and Tyrion Lannister about respect
I swear with a cherry on top that one of these weeks I will stop posting about Game of Thrones and I had every intention of not discussing the Iron Throne in this week’s 5×5, but, look. Sesame Street and HBO can’t just put out some video with Cersei and Tyrion and Elmo and expect me to just ignore it. But, just so this isn’t just about Game of Thrones, Sesame Street also has a Westworld video as part of the same Respect campaign.