Home > Library > 9 books being made into movies in May 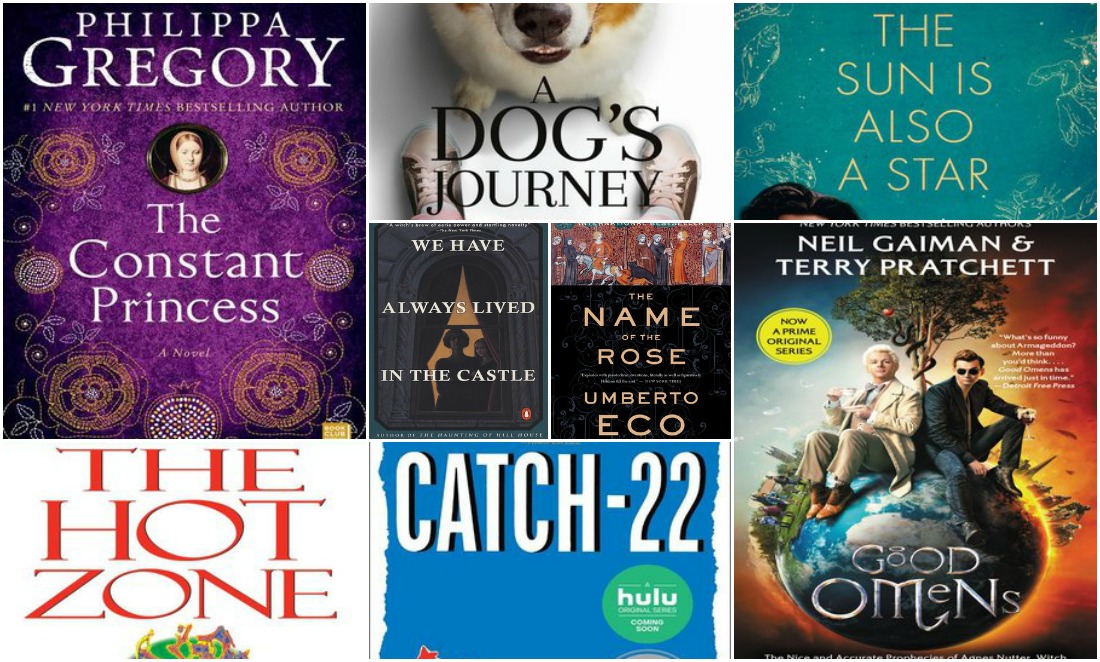 9 books being made into movies in May

The Constant Princess by Philippa Gregory
Poor Catherine of Aragon. First, the daughter of Ferdinand II and Isabella (they of Christopher Columbus fame) is married off to English prince Arthur Tudor. Then, shortly after their marriage, he dies and she’s married off to his brother, Henry VIII. Then, because she is unable to give Henry a son, he starts a brand new religion just so he can divorce her and marry that Boleyn girl. “The Spanish Princess,” Starz’s latest Phillipa Gregory adaptation, starts with The Constant Princess as its inspiration. (“The Spanish Princess” on Starz May 5)

The Sun is Also a Star by Nicola Yoon
Young quantum physics student Natasha believes in sciences and facts. She certainly doesn’t believe in destiny or fate. But when she meets a cute boy, everything she thinks she knows about the universe is thrown out the window. There’s just one problem — her family is facing deportation back to Jamaica in 12 hours. Be sure to also check out the Professional Book Nerd’s interview with Nicola. (“The Sun is Also a Star” in theaters May 17)

Catch-22 by Joseph Heller
A classic of the English canon, Heller’s novel is set in Italy during World War II and follows Yossarian, a man struggling against the horrors of war and in desperate need of an escape. However, lest you think this is a drama, Catch-22 is actually considered one of the funniest novels of all time, and the title comes from a piece of hilarious bureaucratic red tape which states a man is considered insane if he voluntarily takes on dangerous missions. But if he asks to be removed from the mission he is considered sane and therefore ineligible for reassignment. (“Catch-22” on Hulu May 17)

The Hot Zone by Richard Preston
This book terrified me. TERRIFIED ME. And I say that as someone who reads a lot of Stephen King, so I have a pretty high tolerance for horror. I legitimately don’t think I’ll be able to handle watching this but, of course, I will because the story of Ebola is utterly fascinating. (“The Hot Zone” on National Geographic May 27)

The Name of the Rose by Umberto Eco
This eight episode limited series premiered in Italy earlier this year and was acquired by SundanceTV for American audiences. Set in 14th century Italy, “The Name of the Rose” follows a Franciscan monk who arrives at an abbey in order to investigate a charge of heresy. But soon after he arrives, people start mysteriously dying, and the monk is forced to turn detective, digging into deciphers, coded manuscripts and secret symbols. I’ll be honest: as I’m writing that description I’m shocked I somehow have not read this before, because it basically checks all my book boxes, so that’s going to be rectified ASAP. (“The Name of the Rose” on SundanceTV May 23)

Good Omens by Terry Pratchett and Neil Gaiman
It’s here! It’s here! The long-awaited adaptation of Terry Pratchett and Neil Gaiman’s Good Omens is here! This collaboration between two of fantasy’s favorite authors follows a demon and an angel who happen to like their life here on Earth, so when they learn that the end times are coming, they set out to sabotage the final battle of Good versus Evil. (“Good Omens” on Amazon May 31)

Me by Elton John
Sadly, Elton’s own autobiography won’t be out until October, but as far as rock bios go, I suspect it’s going to be a big one, so start planning now, either by buying it for your library or putting it on hold. The biopic of his life hits theaters this month. (“Rocketman” in theaters May 31)