by Jill Grunenwald May 6, 2019
General, Library 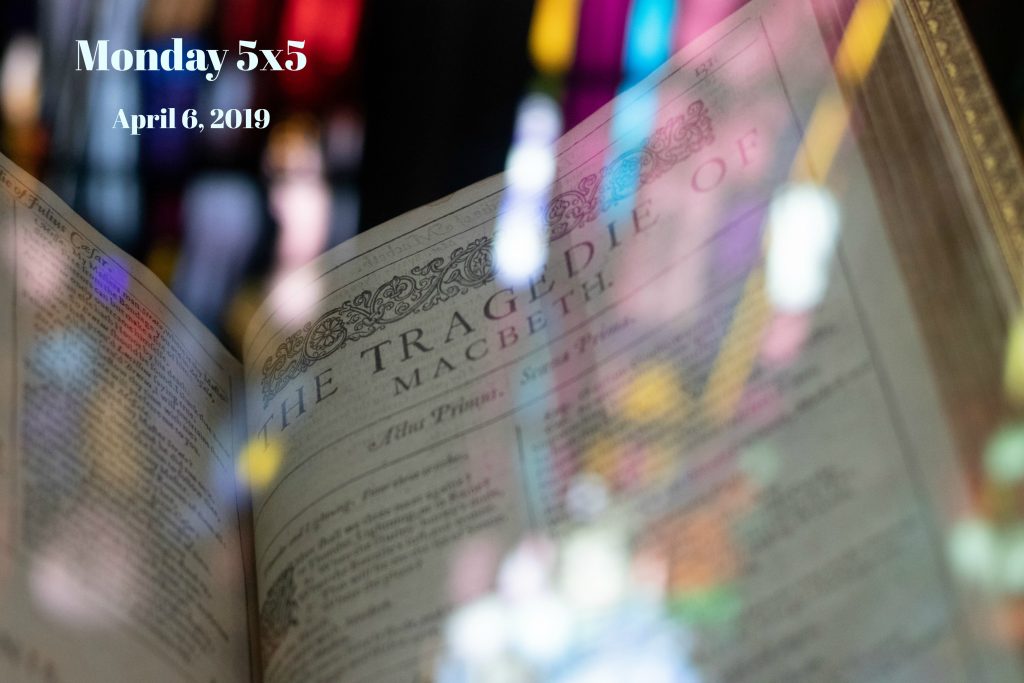 Test your knowledge on the Bard with the new Trivial Pursuit Shakespeare Edition
Good ol’ Billy Shakes. Personally, “Macbeth” is my favorite although I did thoroughly enjoy the production of “Much Ado About Nothing” starring David Tennant and Catherine Tate (not that I saw it live, but a recording. Also, it’s entirely possible I like it just because I enjoyed seeing the Doctor and Donna back together). I do know we have some Shakespeare fans in our office who are probably way more adept at trivia about him than I am so we’ll see if these questions start popping up around the office.

BBC on the fire that broke out in the real Hundred Acre Wood
Oh that’s so sad, although officials believe that Ashwood Forest will recover.

Wall Street Journal on Molly Ringwald’s new career as a novel translator
This isn’t Ringwald’s first foray into the book world as the former Brat Pack star has written both memoir and fiction, but translating a novel from French into English takes an incredibly amount of skill and I am super impressed. I also love that even though she’s Molly Ringwald and still acting, she wanted to do this thing like translate a French novel. Lie With Me by Philippe Besson (translated by Molly Ringwald) is out now.

Electric Literature asks why get an MFA when you can just watch Jerry Springer?
I mean, as someone who has a BFA and spent a ridiculous amount of hours watching Jerry Springer while an undergrad, all I can say is: fair question. I do thing, though, that there is something to be said about the consistent storytelling and narrative arc of every Jerry Springer episode and some element of the craft of writing can be taken away from watching.

Fyre Festival founder apparently writing a memoir called Promythus: The God of Fyre
Because of course he is.