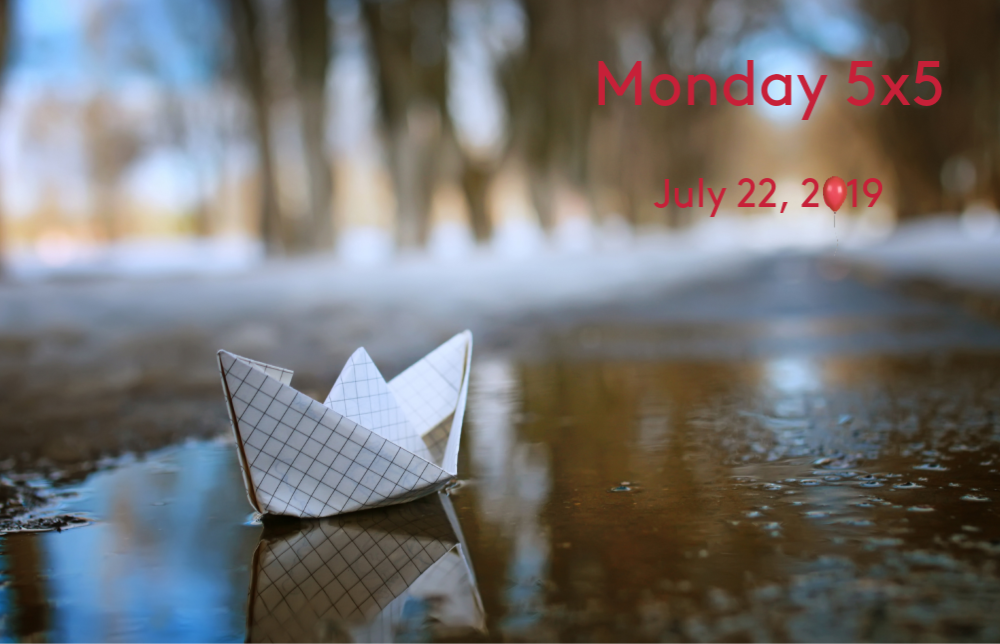 The final trailer for IT: Chapter 2 is here!
This looks horrifying and terrifying and I cannot wait to preorder my tickets.

The Ringer ranks Disney song
I should be upfront in letting you all know that I consider Be Prepared to be the best Disney song ever and Scar the best Disney villiain. (And, as someone who even back in childhood went to Disney films just to see the villiaian, I feel uniqully qualified to make that assessment.) In second place, both in song and villain, is, of course, Ursula. So while I am happy to see their respective songs are represented on this list I do have some serious issues with where they fall.

The Guardian on what it feels like to spend the night in Hunter S. Thompson’s cabin
For the on-sale price of $350 per night (three night minimum) you, too, can book an overnight stay at Owl Farm. You will need to fill out an application, however, as they won’t just rent it out blind. (Which, fair.) This was, as recently as a week ago, available on AirBnB and then I think someone realized it was on AirBnB and the listing went viral, forcing Thompson’s widow to remove the listing.

From Publishers Weekly, all about the copyright concerns caused by Audible’s new Captions feature
Here’s something not everyone knows: when an author sells a book to a publisher, that publisher does not automatically get both print and audio rights. Often, audiobook rights are negotiated separately and, depending on the publisher, can be produced and released under an entirely different publishing brand. (If they decide to make an audiobook at all, which also isn’t an automatic given.) Authors make money off royalties: a portion of the profit when a book, ebook, audiobook, etc., sells. So this brings us to Audible. Audible, of course, deals primarly in audio content. They don’t get rights to the text of the books. The concern over this new Captions thing is that it seems like it’s Audible’s attempt to circumvent the fact that they can’t produce text-versions of the books. But by circumventing, they are potentionally stealing money from authors and publishers, because these people would under other circumstances be forced to buy a copy or get it from the library (who would have bought a copy). Call me cynical, but the fact that Audible refuses to address whether or not they have the right to display the text of the books says a lot.

The Hartford Courant and Wally Lamb’s once-celebrated prison writing program is on hold due to contract disputes
Obviously, without knowing the exact terms of what everyone signed, there is no way of knowing who is “right” or “wrong” in this situation. I also don’t want to make assumptions about Lamb’s motives here, but going entirely on the quotes available here (which, admittedly, are without context), it’s not really a great look.