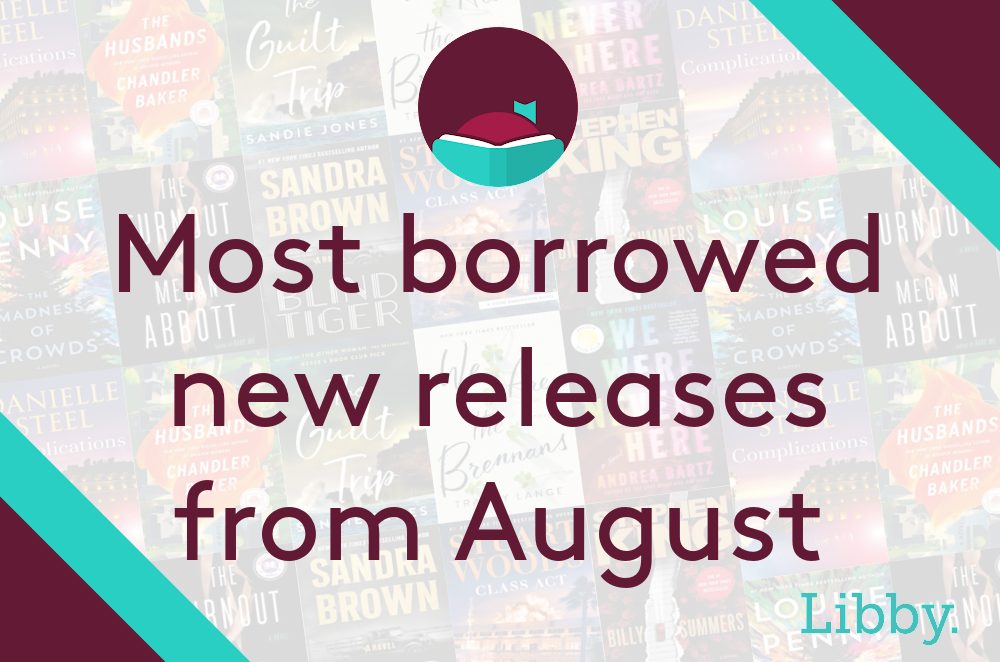 Most borrowed new releases from August

A couple of months ago, we launched a new monthly blog series showing you the top ten new releases that were borrowed the most in a digital format from libraries in their month of release. We’re excited to share August’s top ten with you now! In the list, you’ll find frequent New York Times bestselling authors Stephen King and Danielle Steel. Also on the list is Andrea Bartz’s instant New York Times bestseller We Were Never Here and a new thriller from Megan Abbott.

Here are the top ten highest circulating books that were published in August:

1. Billy Summers by Stephen King
2. We Were Never Here by Andrea Bartz
3. Class Act by Stuart Woods
4. Blind Tiger by Sandra Brown
5. The Turnout by Megan Abbott
6. The Madness of Crowds–A Novel by Louise Penny
7. We Are the Brennans by Tracey Lange
8. The Guilt Trip by Sandie Jones
9. The Husbands by Chandler Baker
10. Complications by Danielle Steel