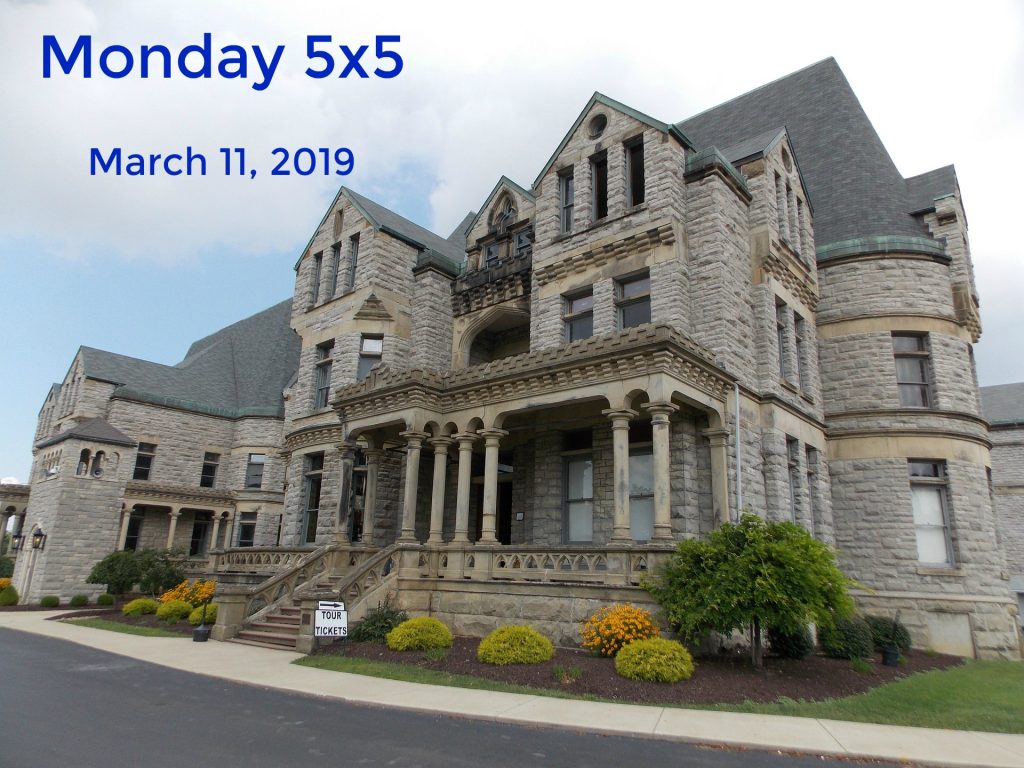 Cast members of The Shawshank Redemption will reunite in Mansfield, Ohio to celebrate film’s 25th anniversary
Oh, yes. As many an Ohioan knows, the film adaptation of Stephen King’s Rita Hayworth and the Shawshank Redemption was filmed near central Ohio at the Mansfield Reformatory. It’s a stunning, iconic building and yes, I do have a lot of feelings about how Shawshank was represented in the television show Castle Rock but that’s another conversation. The movie, which was 100% robbed of the Best Picture Oscar at the 67th Academy Awards, turns 25 this year and Mansfield is celebrating, with some cast members joining in on the fun.

Qris asks is self-plagiarism ever justifiable?
It is entirely possible that by the time I got to the second semester of my senior year of college that I recycled a paper I had written during the first semester of my senior year of college for not one but two additional courses. Now, if this is something that 22 year old Jill would have done (and I’m not saying that it is), in defense of 22 year old Jill I will say that the original paper was written for an American Poetry class and examined poet T.S. Eliot as an early existentialist and was about 7 or 8 pages. The following semester, I took a British Poetry class that required a 10 page final paper and an Existential Philosophy class that required a 5 page final paper. (Eliot, of course, was born in America but later renounced his citizenship, but his work appeared in both of the lit anthologies). Perhaps “recycling” is not the right word, because for both classes, revisions and cutting and rewriting and more writing was required.

But, again. This is all purely hypothetical.

NPR on the community theaters being sued over their productions of To Kill a Mockingbird
I salute the theater that just moved their production a few miles over so they were outside the 25 mile restriction.

Over on Vulture, George R.R. Martin says he wishes he finished the books first
Gee, George. If only you had, like, a decade to do exactly that. And, lest you think I’m exaggerating, early last week, Facebook Memories reminded me that publication for A Dance With Dragons was announced 8 years ago. Now, with only a few weeks left until the Season 8 premiere, let’s all start placing bets on who will be sitting on the Iron Throne at the end and who we think the Night King really is.

The Cut has an interview with Margo Jefferson, the woman who literally wrote the book on Michael Jackson
Since Leaving Neverland first aired there have been, naturally, hundreds if not thousands of think pieces about the documentary. I may not have read hundreds, let alone thousands, of them but I definitely read dozens and one of the best I came across was this one, with Negroland author Margo Jefferson who also wrote a book titled On Michael Jackson.