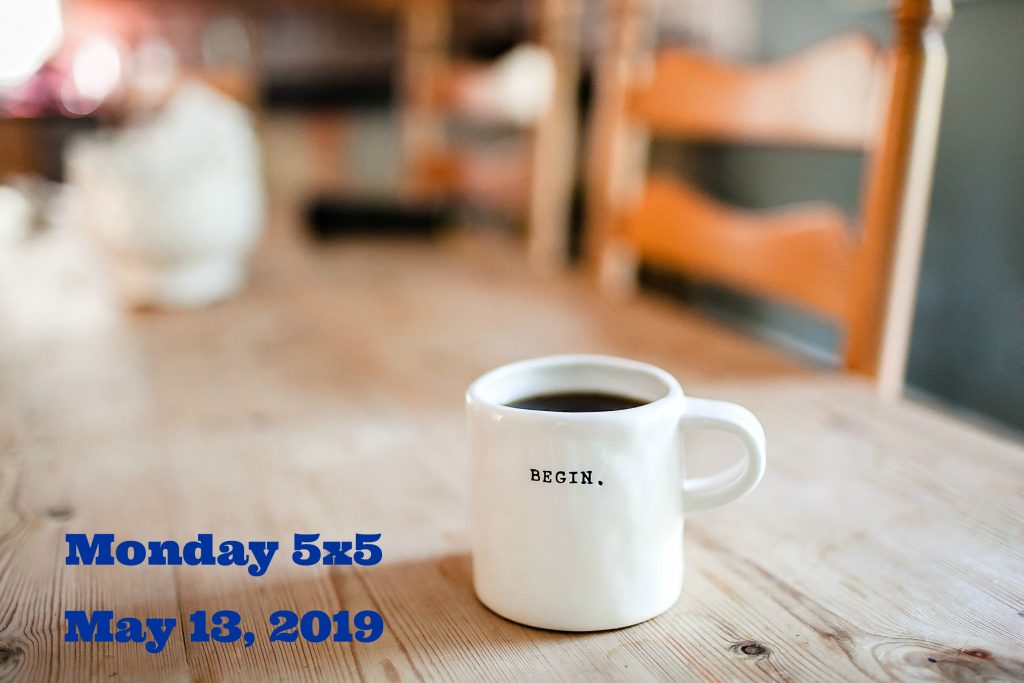 Wired on the sad meaning of the Game of Thrones coffee cup
Chances are, even if you aren’t watching “Game of Thrones” you heard about the modern coffee cup that accidentally ended up in a scene where, uh, a modern coffee cup should not be. (Thanks to television show making magic, the cup was soon removed andI now imagine post-production editors are going through the final two episodes with a fine tooth comb.) Bloopers happen, but for a television season that took two years to produce you’d think someone would have noticed there was a coffee cup out in the open. Still, even with several years and a multi-million dollar budget, the final season of “Game of Thrones” is clearly a rushed job — not just in terms of storytelling (although that, too) but production as well. Which is frustrating and sad, because that’s not the way the show deserves to go out.

Glamour asks how has Danielle Steel managed to write 179 books?
Spoiler alert: she works 20+ hours a day. She writes on a typewriter plus she has nine children and basically this entire piece is all those things you didn’t know you wanted to know about Danielle Steel. (I was aware of at least one of her children, Nicholas, who died tragically in 1997. She wrote a book about him titled His Bright Light.) Also, that whole 20+ hour working thing? She does it on decaf coffee because she gave up caffeine 25 years ago.

Electric Literature wonders what it means that Woody Allen can’t sell his memoir
It’s an interesting question, isn’t it? As the article notes, celebrity memoirs are usually an easy sell and even in recent years publishers have taken on books by controversial figures and only reversed that decision after public backlash. So what does it say that publishers are now flat-out refusing to even entertain books by certain celebrities in light of #MeToo? Could the tide be starting to turn?

Adam Conover on how to get smarter without ruining anything
The comedian behind “Adam Ruins Everything” offers advice on getting smarter, including utilizing libraries and Libby.

Over on the New Yorker, screenwriter Guinevere Turner on growing up in a cult
If you’ve ever wondered what it was like to grow up on a compound, Turner will give you a peek inside. I admit I am always fascinated by stories like this, mostly because for the children it’s completely normal. Kids don’t know what’s unusual or abnormal about their lives until they are older and someone points it out to them. To Turner, it wasn’t growing up in a cult — it was just growing up.