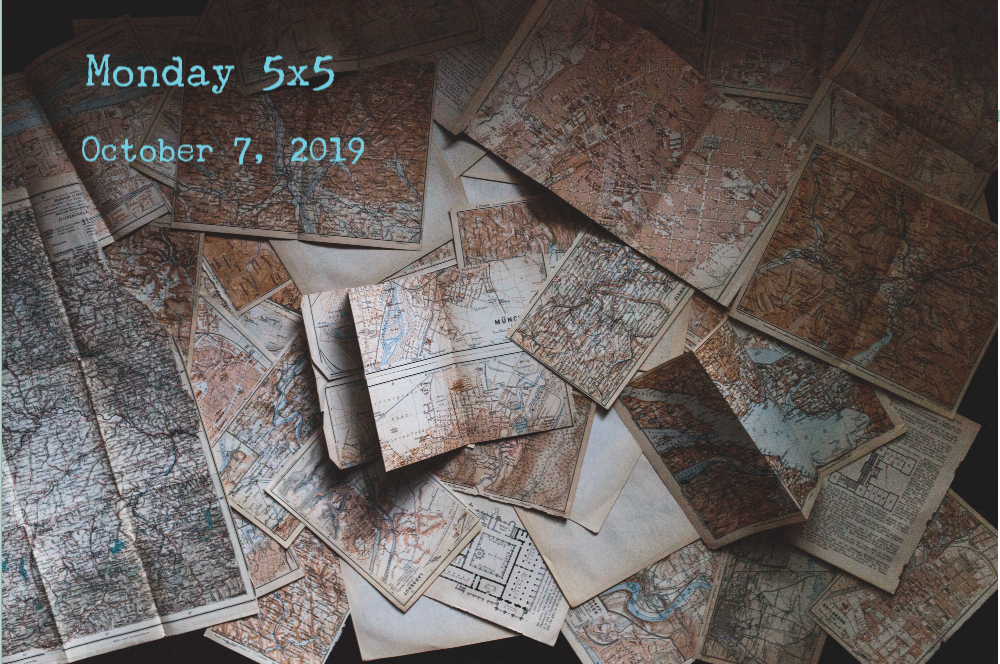 Friends! Yes, I know, it’s been several weeks (months?) since I was here, bright and early Monday morning, but have no fear, I am back. As a reminder, for those who are just joining us, the Monday 5×5 is my opportunity to share five interesting articles I found over the past week, generally from five industries: literature, technology, publishing, libraries, and anything else I happened to find (I recently returned from a trip to Vegas so let’s consider that last one “dealer’s choice”).

On Literary Hub, Lev Grossman ponders why we feel so compelled to make maps of fictional worlds

Last year, it’s possible that I drew a full map for a fantasy novel I will probably never get around to actually writing. But if I do, that map will be ready.

From Vanity Fair, an exclusive with author Rainbow Rowell about her Simon Snow trilogy

Y’all. Y’ALL. So, back in 2015, Rainbow Rowell published Carry On. A companion book to her novel Fangirl, Carry On is like if Harry and Draco may or may not be in love with each other and also Draco may or may not be a vampire. Last week, Carry On‘s sequel Wayward Son was released and Rainbow fans rejoiced. Then, out of nowhere, last Thursday she drops the cover of a third book nobody knew about called Any Way the Wind Blows and the internet broke.

Over on Publishers Weekly, the title and cover of the new Hunger Games novel

Ever wondered how to tell if a copy of a book is a first edition? Book Riot is here to help you out.

Another way? Typos. These eventually get corrected in later editions, but despite books being read by many many sets of eyes before publication, errors still slip through. For instance, while I won’t name names, I recently read a book by a major mainstream author that had a typo in it. I’m sure at next printing that error will be fixed, but for now, who knows. My copy may be worth something some day.

From the Ringer, the cheating scandal rocking the poker world

I watch a lot of documentaries. Like, a lot of documentaries. They are probably my favorite film genre of all time. Specifically, I love a very niche subgenre that is basically made up in my head but I call it “Documentaries about fiercely competitive gaming and non-athletic sports championships.” In this context “sports” is a little fluid, but I mean documentaries like Brooklyn Castle about chess playing at an inner-city school (I loved this movie so much, I saw it twice the year it was at the Cleveland International Film Festival). Or the classic Spellbound about the Scripps spelling bee. King of Kong is about Donkey Kong rankings while Rock Paper Scissors is about … well, that one I think you can figure out on your own. My point is, I love true stories about competitive activities of all kinds and I especially love these true stories when there are scandals involved.