Home > Library > R.L. Stine has scared a generation of readers 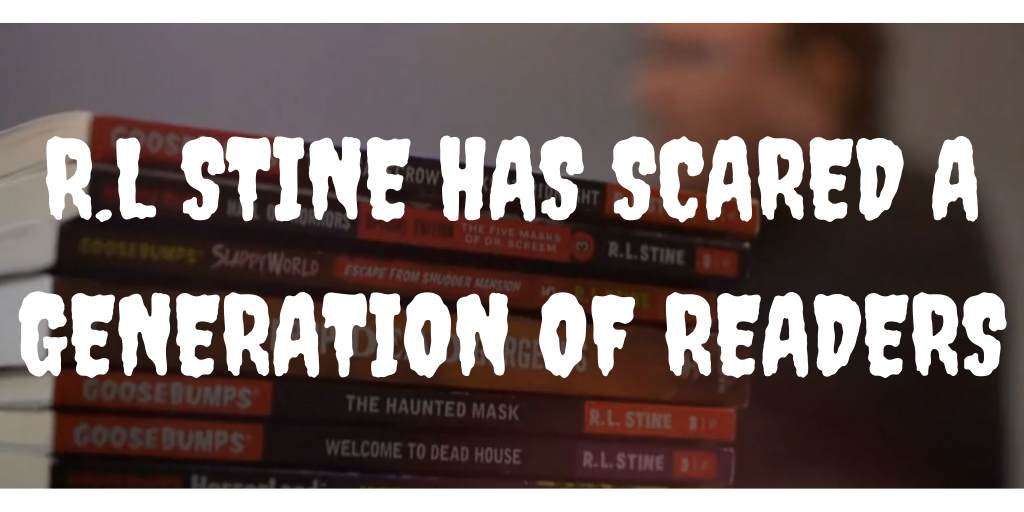 R.L. Stine has scared a generation of readers

At Book Expo America earlier this year, I had an experience that 10-year-old me frankly wouldn’t have believed. I got to talk to R.L. Stine. We were shooting a series of interviews with “Bob” as he goes by (which you can see in the post below), and while we set up the shots, I shared a story with him about my days in grade school. I told him that he was partially responsible for me being terrible at math because my best friend and I would hide Goosebumps books in our textbooks and read them during our lessons. He quipped that instead of blaming me for poor math skills, I should thank him for my career at a book company. Touche, Bob.

That afternoon was surreal in every sense of the word. I got to discuss why reading was important to him and hear him explain why he made his protagonists so vague. His reasoning was that if he offered little description of what his main characters looked like, more young readers would project themselves onto those characters. This enabled them to see themselves as the hero or heroine. 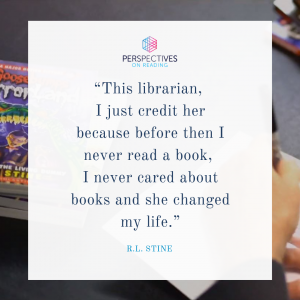 He explained how blending fantasy and humor into his stories helped him create spooky stories that still feel separate from the things that could trouble a reader in real life. Creating a completely fictional world has always been pivotal to his stories: “I keep the real world out. It’s a scary world for kids. My books aren’t the real world. There aren’t any divorce or drug problems. Parents aren’t out of work. It’s a scary fantasy, but it’s clearly fiction.”

If you ever meet R.L. Stine, you’ll quickly learn that the humor he injects into his books is genuine. Despite scaring children for decades, he’s genuinely a hilarious human. When I told him which Goosebumps books gave me nightmares, he poked fun at my choices: “Those aren’t even my best work!”

His books, in many ways, are gateway literature. They show reluctant readers a type of story that they may never have seen before. Whether it’s being scared by Fear Street, choose-your-own-adventure Goosebumps books, or his comics and graphic novels, Bob has created something for every young reader.

Before we left, Bob was gracious enough to sign several copies of his books, which we’re giving away to readers across our social media channels to celebrate Halloween. Be sure to follow OverDrive on Instagram, Twitter and Facebook for a chance to win by sharing your favorite Goosebumps book picks with us.