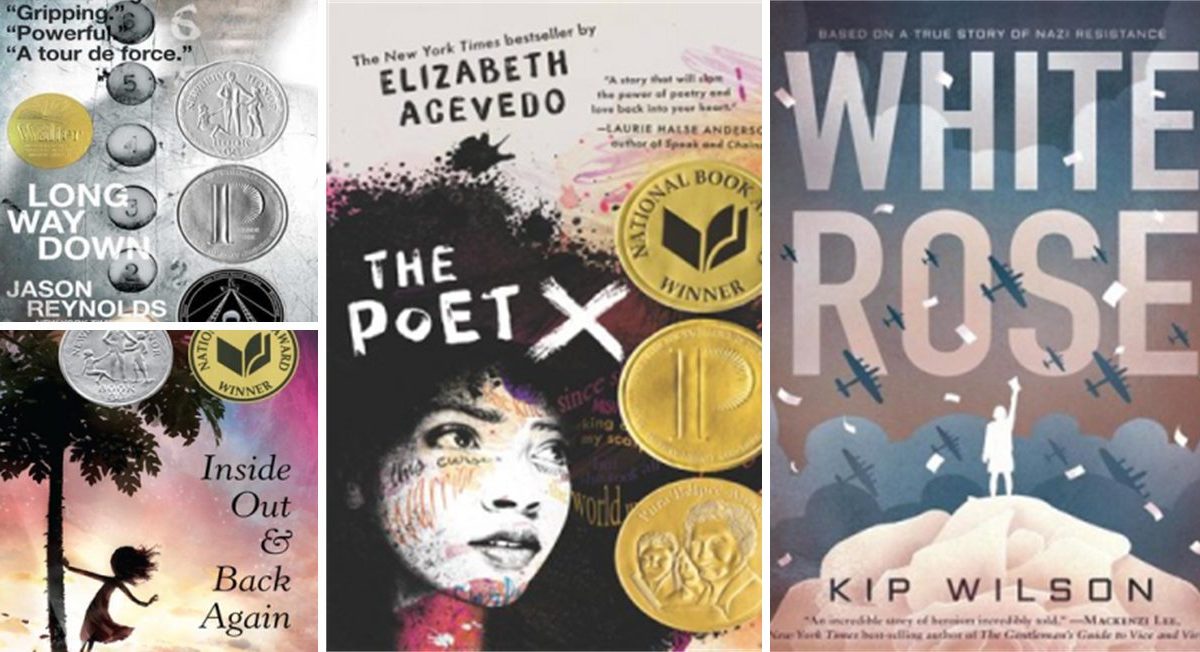 Imagine you’re an insect: a beetle or butterfly, a worm or a grasshopper. Now stand up and move like that insect for 30 seconds. Wriggle or crawl or float. Step outside of yourself and into the body of something strange. Now sit back down and write about the insect.

This was a favorite lesson of mine when I would teach poetry workshops for The Wick Poetry Center in Kent, Ohio. As a teaching artist, I worked with students of all ages and adults in the greater Akron area. Whether the student was 15 or 50, there was always some trepidation to overcome when approaching poetry. Once they made it past the inherent barrier of working with poems, though, I had a room brimming with insects ready to write.

Ironically, the barrier itself was the way they had been taught about poetry in school.

THE CLASSROOM: A GRAVEYARD FOR POEMS

Think back to the way you were taught poetry in high school. It was probably April (I mean, really, can we acknowledge that poetry exists outside the month of April?). More than likely you were exposed to Shakespeare’s sonnets and iambic pentameter. You may have delved into the dense, sprawling lines of Whitman or the exacting words of T.S. Eliot. If you were lucky, perhaps you encountered diverse authors in the vein of Langston Hughes or Maya Angelou. You probably learned (and then quickly forgot) about tercets and enjambment. The difference between blank verse and free verse. Worst of all, you were probably tasked with the ever tedious chore of “understanding the poem.” Yuck. Poems aren’t meant to be understood; poems are meant to be felt.

If I were to survey 100 random Americans, “Family Feud” style, about their favorite poets, I’m sure two of the top answers would be Dr. Seuss and Shel Silverstein. Why is that? Probably because both of those writers bring a sense of joy, wonder and – at times – silliness to their writing. They invite the reader to become a bug, to step outside themselves. Underneath the fantastical, absurdist imagery, there is a pearl of truth. Their works are easily felt by readers of all ages.

Believe it or not, there are still authors who publish beautiful works of poetry every year. And among those mad word scientists are a group of writers who are bending the genre in an even more wonderful way, through *verse novels*.

Novels in verse are delightful books in which a story or narrative thread is carried from poem to poem. Each page may contain a poem that encapsulates an entire scene, an isolated interaction or even a fleeting moment. The beauty of verse novels are their accessibility. The narrative tethers each poem to a larger story, making them easier to follow and grasp, while the poetic form allows the author to explore characters and scenes in an abstract way that is rarely seen in traditional novels.

Verse novels are growing in popularity, thanks to groundbreaking authors such as Kwame Alexander, Elizabeth Acevedo and Laurie Halse Anderson. No doubt, some of their popularity may be attributed to the wealth of poetry that has found a home on social media sites like Instagram. More and more young readers are seeing themselves reflected in the stories poets are weaving, making it more important than ever to supply students with these types of books.

In fact, another strength of the verse novel is diversity. Go through any list of novels in verse, and you’ll find characters and authors of every race, religion and sexual orientation. And why wouldn’t you? Marginalized writers have historically expressed themselves through poetry, and now their poems are evolving into full-blown novels.

Think back to that tedious chore of “understanding the poem.” The same can be said of reading diverse literature. These narratives and experiences are not meant to be “understood.” They are meant to be felt. And these books help children of all ages and backgrounds feel the experience.

Below you you’ll find a selection of my favorite verse novels, as well as a comprehensive list you can access at any time. As always, you can contact your OverDrive Account Manager for more information.

Long Way Down
By Jason Reynolds 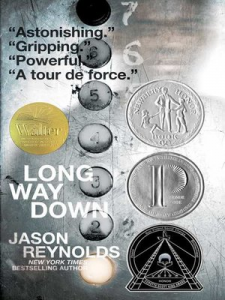 An ode to Put the Damn Guns Down, this is New York Times bestselling author Jason Reynolds’s electrifying novel that takes place in sixty potent seconds—the time it takes a kid to decide whether or not he’s going to murder the guy who killed his brother.

A cannon. A strap.
A piece. A biscuit.
A burner. A heater.
A chopper. A gat.
A hammer
A tool
for RULE

Told in short, fierce staccato narrative verse, Long Way Down is a fast and furious, dazzlingly brilliant look at teenage gun violence, as could only be told by Jason Reynolds.

The Poet X
By Elizabeth Acevedo 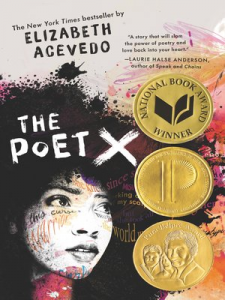 Winner of the National Book Award for Young People’s Literature, the Michael L. Printz Award, and the Pura Belpré Award!

Fans of Jacqueline Woodson, Meg Medina, and Jason Reynolds will fall hard for this astonishing New York Times-bestselling novel-in-verse by an award-winning slam poet, about an Afro-Latina heroine who tells her story with blazing words and powerful truth.

Xiomara Batista feels unheard and unable to hide in her Harlem neighborhood. Ever since her body grew into curves, she has learned to let her fists and her fierceness do the talking.

But Xiomara has plenty she wants to say, and she pours all her frustration and passion onto the pages of a leather notebook, reciting the words to herself like prayers—especially after she catches feelings for a boy in her bio class named Aman, who her family can never know about.

Inside Out and Back Again
By Thanhha Lai 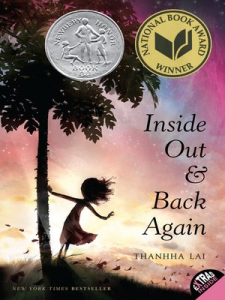 Inside Out and Back Again is a #1 New York Times bestseller, a Newbery Honor Book, and a winner of the National Book Award!

Inspired by the author’s childhood experience as a refugee—fleeing Vietnam after the Fall of Saigon and immigrating to Alabama—this coming-of-age debut novel told in verse has been celebrated for its touching child’s-eye view of family and immigration.

This moving story of one girl’s year of change, dreams, grief, and healing received four starred reviews, including one from Kirkus which proclaimed it “enlightening, poignant, and unexpectedly funny.”

An author’s note explains how and why Thanhha Lai translated her personal experiences into Hà’s story. This paperback edition also includes an interview with the author, an activity you can do with your family, tips on writing poetry, and discussion questions. 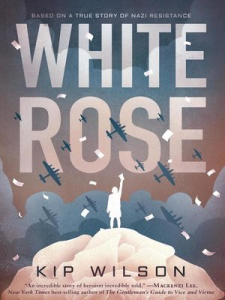 A gorgeous and timely novel based on the incredible story of Sophie Scholl, a young German college student who challenged the Nazi regime during World War II as part of The White Rose, a non-violent resistance group.

Disillusioned by the propaganda of Nazi Germany, Sophie Scholl, her brother, and his fellow soldiers formed the White Rose, a group that wrote and distributed anonymous letters criticizing the Nazi regime and calling for action from their fellow German citizens. The following year, Sophie and her brother were arrested for treason and interrogated for information about their collaborators. This debut novel recounts the lives of Sophie and her friends and highlights their brave stand against fascism in Nazi Germany.

Regis is an OverDrive Education Account Manager. He helps schools in OH, PA, and WV incorporate digital reading into their curriculum and school culture. His background is in creative writing and his passion is poetry. He worked as a teaching artist for three years, leading workshops for students, community members, and immigrants in Northeast Ohio.