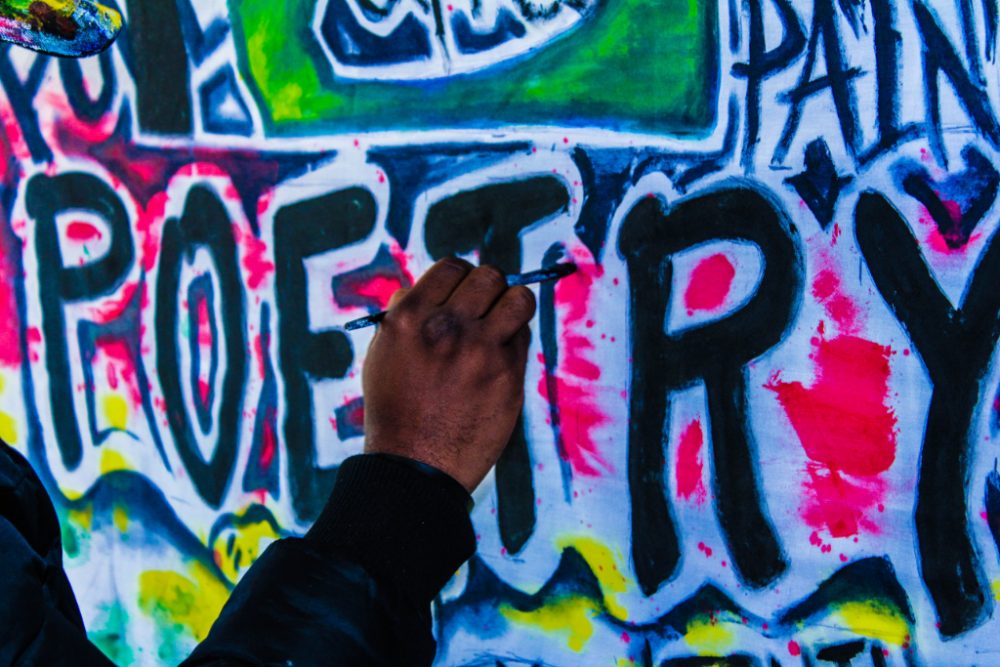 With respect to T.S. Eliot, I’m not so sure about his whole “April is the cruellest month” from The Waste Land. After all, how could an entire month dedicated to the magic and majesty of poetry be considered cruel? Unless it’s a reminder that there are eleven other months out of the year in which we should be indulging in our poetic side!

In honor of National Poetry Month, here are seven poetry collections published this year to help make this April a little less cruel:

The Hill We Climb by Amanda Gorman
On January 20, 2021, Amanda Gorman became the sixth and youngest poet to deliver a poetry reading at a presidential inauguration. Taking the stage after the 46th president of the United States, Joe Biden, Gorman captivated the nation and brought hope to viewers around the globe. Her poem “The Hill We Climb: An Inaugural Poem for the Country” can now be cherished in this special gift edition. Including an enduring foreword by Oprah Winfrey, this keepsake celebrates the promise of America and affirms the power of poetry.

If I Tell You the Truth by Jasmin Kaur
In this stunning sophomore novel, acclaimed writer Jasmin Kaur explores trauma, fear, courage, community, and the healing power of love in its many forms.

Doppelgangbanger by Cortney Lamar Charleston
Dopplegangbanger, rendered as the A- and B-sides of an album of poems, re-imagines and remixes American politics of the 90s, the Obama era, and today via a hip-hop blerd’s investigation of a hi/lo culture of American crime.

The Rinehart Frames by Cheswayo Mphanza
The poems in The Rinehart Frames seek to exhaust the labyrinths of ekphrasis. By juxtaposing the character of Rinehart from Ralph Ellison’s Invisible Man with the film 24 Frames by Abbas Kiarostami, the poems leap into secondary histories, spaces, and languages that encompass a collective yet varied consciousness of being. Cheswayo Mphanza’s collection questions the boundaries of diaspora and narrative through a tethering of voices and forms that infringe on monolithic categorizations of Blackness and what can be intersected with it. The poems continue the conversations of the infinite possibilities of the imagination to dabble in, with, and out of history.

shine your icy crown by Amanda Lovelace
Amanda Lovelace, the bestselling & award-winning author of the “women are some kind of magic” poetry series, presents shine your icy crown, the second installment in her new feminist poetry series, “you are your own fairy tale.” This is a story about not letting society dictate the limits of your potential. It’s time to take back your power & realize that you don’t need a king in order to be a queen.